Step One: Decide Who is Planning it! Traditionally it is the maid of honor's duty to plan that epic girls night, but if your maid of honor is your 16 year old sister, you might decide to pass the torch on to an older one of your bridesmaid besties. If you are the maid of honor, however, don't automatically assume all control over the night. Check first with the bride if she wants any control, or if she wants to be completely surprised.  You will also want to include the other bridesmaids and perhaps even the brides sisters in the planning, so that everyone can join in on the excitement and fun.  Step Two: Who to Invite There are two rules of thought when deciding who to invite to your bachelorette party.  You can be socially-correct or venue-correct. For example, if you are going clubbing and to a bar, you don't want to invite your kid sister or wall flower cousin, but if you are going for a clean fun bowling night, then by all means, invite every girl that you love to be around. Some people would suggest that the bachelorette party is meant solely for the brides good (similar in age) girlfriends and if you are looking for a crazy or legend-wait-for-it-ary night, then this would be the route to go. Don'y feel like you are excluding anyone either. The low key girly fun is meant for the bridal shower and that is the perfect place for your aunts, sisters, and that lady who use to baby sit you. Step Three: Choose the Venue This is where you really want to pay attention to your bride and her comfort levels. The most killer bachelorette parties will make your bride blush, but won't make her feel uncomfortable. It is a night to let loose, but not end up arrested for lewd behavior. So if you have a bride that loves to go dancing and or bar hopping, then do that to the extreme. If you have a more conservative bride, then maybe get faux male strippers. Meaning, get a comedic male friend or friends(groom approved) that wear several layers of clothing and will stripping down no farther than a pair of swim trunks (if that). This is a playful way to bring in some of those cliche bachelorete activities, but not upset your bride.   Step Four: Accessorize the Crapola out of your bide and party.  Why? Because dressing up is way more fun than not! This is the only night that your bride will have to be out on the town showing off her soon to be status. By decking her out in bride-to-be accessories and apparel you are setting her up to get all the special treatment she deserves. It is a fun way to pamper your bride and put her in the lime light! The best part is, is there are sooooo many different options!

1) Start her off with a jacket or t-shirt that labels her as Bride or as Mrs. New-name.

2) Give her a Tiara! She gets to be the princess (or queen) for the night, so give her something sparkly to say it!

3) Throw in a sash and veil. This is a great addition for a more diva bride marking her the winner of that bride pageant.

END_OF_DOCUMENT_TOKEN_TO_BE_REPLACED

Pink Panties   12 oz can frozen pink lemonade 12 oz gin ½ cup vanilla ice cream ½ cup strawberries 1 cup ice throw ingredients into a blender and you’ll have plenty to enjoy in all of your bachelorette martini glasses!   Lipstick Lemonade   5 oz pink lemonade 3 oz lemon lime soda Splash of cherry syrup   Throw in a few ice cubes and garnish with a lemon slice and maraschino cherry skewered on a bamboo pick for a refreshing and fun drink for your bachelorette martini glasses!
END_OF_DOCUMENT_TOKEN_TO_BE_REPLACED

A Different Kind of Bachelorette Party 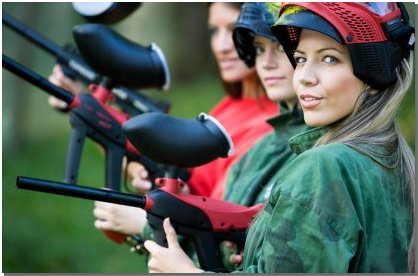 The bachelorette party is a wedding staple that most brides couldn't imagine going without. It's a chance for a small, fun outing with the girls before the big day that usually consists of alcohol, maybe a few strippers, and matching purple wigs. For the bridal entourage who isn't so inclined, however, planning a bachelorette gets a little more difficult. So what's a stumped hostess to do? Here are a few bachelorette party ideas that are sure to please any crowd, regardless of age or ideology:   Do a Dance Class
Make a day of a bachelorette party by booking a fun, quirky dance class for the bride and her bridal entourage. Classes like "Zumba," and Beginners Pole Dancing offer some good fun for guests on any budget. Take the moves you learn and hit a club to try them out on the town, or call it a night and head home to recover with some bad wedding movies and margaritas. If you do a morning class, treat guests to a brunch afterward to refuel everyone!

Do Something Juvenile
Though they might be places you haven't visited since your younger years, the draw of an arcade, theme park, or "family fun" center can't be ignored. Imagine terrorizing the grounds of a Put-Put after dark, enjoying some high-energy laser tag, go-karts, mini golf, and even the batting cages (maybe loosen the corset first).   Laser tag arenas and go-kart centers are also heaps of fun on their own, and you're almost guaranteed to find at least one claw machine to huddle around. Dress up like you would for any other bachelorette night (maybe minus the suggestive straws - there are kids around, after all), and tear through water parks, mini golf courses, and any other local delight you have at your disposal. The night is yours, and you don't even have to leave underage guests at home! Do Something Dangerous
If the ladies you'll be hosting have an adventurous side, think about booking a rafting trip or afternoon at the local rock wall. Take paintballing trips back from bachelor parties and schedule a battle for the day for you and the girls (just make sure you do it far enough before the wedding that bruises can be edited easily out of official photos). Don't underestimate the ladies on your guest list, but make sure everyone is ready for something a little out of the ordinary before you commit to kayaking (and make sure to provide waterproof neon wigs).
END_OF_DOCUMENT_TOKEN_TO_BE_REPLACED

Sometimes a wedding can feel more like a mud marathon, especially with the weeks and months of pre-wedding parties to plan and attend. Sometimes these parties can be a weird etiquette gray-area, so how do you know who plans what? Who decides the guest list for the bridal shower? Who needs to be invited to the bachelorette party? Is it EVER okay to throw yourself an engagement party? If you’re lost, read on!   An Engagement Party
Who Will Host?: Typically, the engagement party is thrown by the parents of the couple, though no one is obligated to throw one. This isn’t one to plan for yourself; you really should wait for someone to volunteer.
Who Will Go?: An engagement party is often just family, though you should always be careful to try and invite only those who will be invited to the big event. The one hosting and funding the event is the one who decides the guest list, but you might want to be conservative in your recommendations if you’re asked.
Etiquette: An engagement party isn’t a very common pre-wedding shindig, so breaking etiquette isn’t a big concern. If you’re being thrown an engagement party before wedding plans have really started, you probably haven’t created a registry, so it’s unlikely that guests will ask for that info.

A Bridal Shower
Who Will Host?: It’s possible that several people will volunteer to throw you a bridal shower, but you should try to accept only one or two.
Who Will Go?: Again, this is an event where only people invited to the wedding should be invited. You aren’t obligated to invite every female guest to the shower (cramming 50 women into a kitchen is logistically difficult).
Etiquette: Thank you cards are customary for bridal showers, just be sure that you aren’t having guests fill out their own addresses on envelopes as they watch you open gifts. Take the time to thank each of your guests with a lovely card, as this is an event where gifts will likely be “showered” upon you.   A Bachelorette Party
Who Will Host?: This is usually one for your bridal party, though your Maid of Honor doesn’t have to take the lead. Usually the maids split the bill, but that isn’t a requirement.
Who Will Go?: Bachelorette parties are often much smaller than showers, and many brides like to keep them for quality time with the bridal party before the big day. Again, make sure that everyone invited will also be invited to the wedding!
Etiquette: Try to keep your focus on your own party instead of checking on your fiancé all night via text. This is supposed to be a night for you and your girls – enjoy it!

A Rehearsal Dinner
Who Will Host?: You and your fiancé do! The rehearsal dinner is your time to thank your wedding party for their participation in your wedding, and this is one event where the bride and groom usually foot the bill. Sometimes the parents will take the check, but don’t count on it – try to throw your own rehearsal dinner.
Who Will Go?: The people in your wedding party – that means ring bearers, those doing readings and prayers, the families, the bridesmaids – everybody.
Etiquette: No one is asking you to host a dinner at the fanciest restaurant in town; a backyard picnic is more than enough. This is your opportunity to gather everyone involved with your wedding together and thank them collectively. If you’ve prepared gifts (or some members of the wedding party want to give a speech, and there isn’t enough time during the reception), this is the perfect time.
END_OF_DOCUMENT_TOKEN_TO_BE_REPLACED
Continue shopping